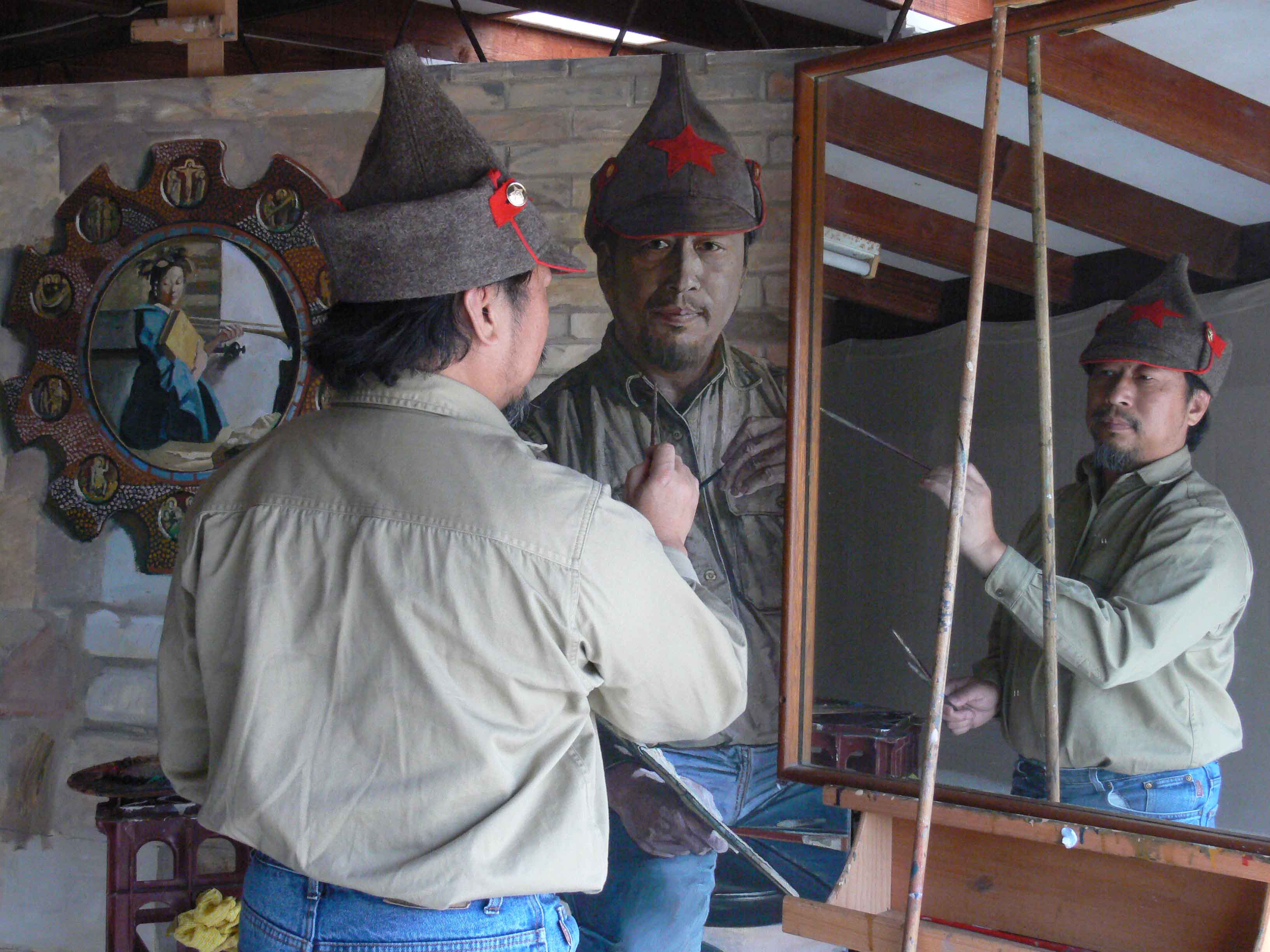 Shen Jiawei was born in Shanghai in 1948. Largely self-taught he became a well known artist in China in mid 1970s during the Cultural Revolution era. His oil painting Standing Guard For Our Great Motherland (1974) became an icon in those years and was later shown in New York at Guggenheim Museum in 1998 and Asia Society Museum in 2008. In 2009 it was purchased at auction in Beijing Guardian for about one million US Dollars.  It is now in the collection of the Long Museum in Shanghai.

Shen Jiawei studied in the Central Academy of Fine Arts in Beijing from 1982 to 1984, and worked as a professional artist in Shenyang. He won the National Art Exhibition Prizes five times during his period in China.

Jiawei moved to Australia in 1989 and for the first three years had to support himself financially by drawing portrait sketches for tourists at Darling Harbour. He looked upon this experience as an opportunity to research portraiture and since then he has completed many accomplished portrait commissions in Australia and overseas. As a leading portraitist he was commissioned by Australian government to paint official portraits for Pope Francis (2013), Princess Mary of Denmark (2005), Prime Minister John Howard (2009) and Australian Governor General Sir Peter Cosgrove (2018).

Since 1993 Jiawei’s portrait paintings have been selected as finalist for the Archibald Prize at the Art Gallery of NSW  fourteen times and in 1997 he was runner-up for the Archibald Prize. He has been a finalist five times in the Doug Moran Portrait Prize (1994, 1996, 2006,2007 and 2017) and has twice won third prize in the Sydney Royal Art Show (1993, 1994). In 1995 Jiawei won the Mary McKillop Art Award and received a medal from Pope John Paul II. He had also won the Sir John Sulman Prize at Art Gallery of NSW in 2006, and the Gallipoli Art Prize in 2016.

“Shen is a whole-hearted painter who has come through a tough artistic training in China. He has all the technical ability, the courage to take on ambitious compositions, and a hint of self-depreciating wit” (John McDonald, SMH, 29/03/97).