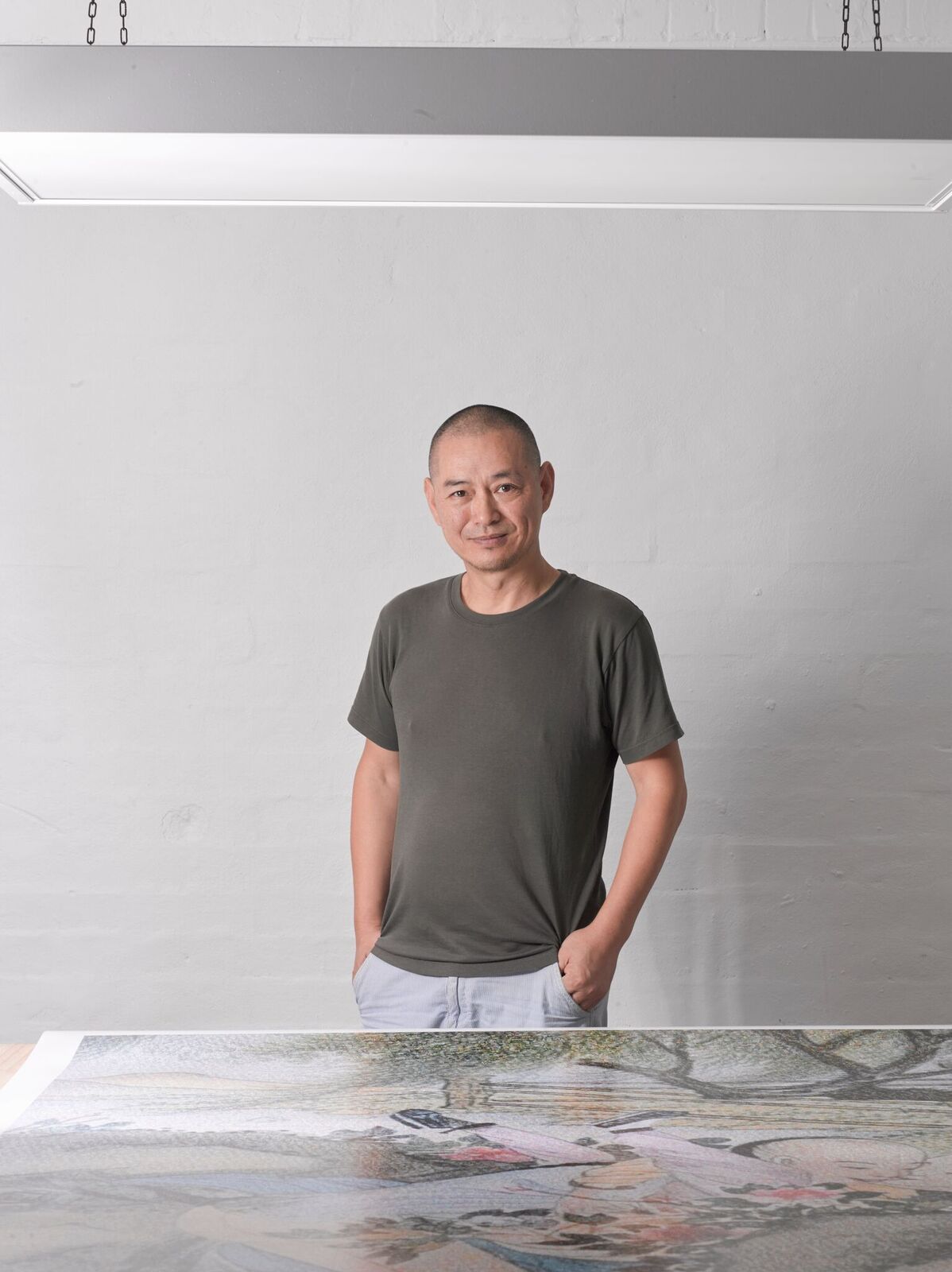 Guo Jian produces intricate photographic collages that depict serene landscapes, animals, and religious icons based on traditional Chinese paintings with some images borrowed from the culturally significant Ming and Qing dynasties. Up close, the images subtly unfold to reveal a sea of montaged smiling faces. Large-scale and commanding from afar, the works are underpinned by a compilation of clippings that he extracted from excessive trash found throughout the streets and land across china.
The pixels of faces belong to movie and television stars, who display their notoriously sexy smiles that infiltrate and encroach on all aspects of the environment in China. Juxtaposing a unique cultural heritage with the malignant side of consumerism, Guo Jian brings into focus an environmental and cultural decay that has begun to take hold of contemporary China.
Following his experience as a propaganda poster painter in the People’s Liberation Army during the late 1970s, Guo Jian has carved an impressive career as a contemporary artist of note, participating in numerous exhibitions within Germany, France, Belgium, Sweden, USA, Mexico, Australia, New Zealand, Hong Kong and China. He has been featured in Artist Profile Magazine, The New York Times, CNN, The Sydney Morning Herald, ABC Radio and TV, and on the cover of the Asian Wall Street Journal’s Weekend Magazine. His work is featured in a number of prominent collections, including: Gallery of Modern Art, Brisbane (GOMA); National Gallery of Australia, Canberra; White Rabbit Gallery, Sydney; Queensland Art Gallery, Brisbane; Global Resources, Los Angeles, USA; as well as private collections in China, Hong Kong, Mexico, Sweden, Belgium, France, New Zealand, Australia and USA.