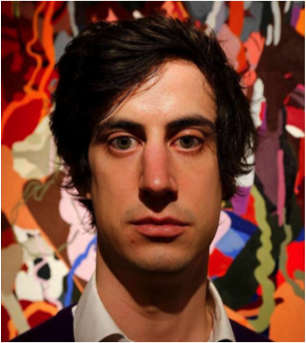 Tony Curran tries to paint people but they change so quickly. The only solution is to paint the change. Rather than holding the subjects in a frozen pose, he uses their constant flux as a means to access the subject from multiple vantage points in time and space. Curran is interested in how contemporary philosophies of self are at odds with the typical ways that we continue to portray individuals. Today it’s taken as a given that people are constantly-evolving entities whose constant shifts in memory, physiology and environment alter their character from one point in time to another. Essentially, it is argued time and again that there is no core central self or soul but that individuals continue to produce and develop new aspects of our self from one day to the next.

Tony Curran’s paintings emerged after noticing how his sitters were struggling to spare the time to pose for extended periods. He decided to paint people where they were – at work or home, and found that once people knew they could move freely, the paintings took on a dynamic and visually complex aesthetic. This aesthetic presents an ideology of self as a shifting temporal process. This temporal process is extended to the viewing experience as the colours, curves and patternation of the field speed up and slow down its reception. The viewer is tasked to piece the fragments together over time.

Born in Sydney in 1984, Tony Curran has a Bachelors of Science in Psychology from Macquarie University, a Masters in Art, specializing in Drawing, from the former College of Fine Arts at the University of NSW and he completed his PhD in Fine Art Charles Sturt University in Wagga Wagga where he lectured in art history, sound, drawing and design. Curran was a resident artist producing participatory public programs at Fraser Studios in Sydney (2010), the Museum of the Riverina (2012), the National Portrait Gallery of Australia (2013), Radford College in Canberra (2014) and the Wagga Wagga Art Gallery (2015). Curran was awarded a travelling scholarship by the British Council to work in a studio in Edinburgh in 2008 and in the same year was selected as a finalist for the Mosman Art Prize. He is a finalist in the Archibald Prize 2015 at Art Gallery of NSW and a finalist in the Brett Whiteley Travelling Art Scholarship in 2014 and he also exhibited in Salon des Refuses in 2014.