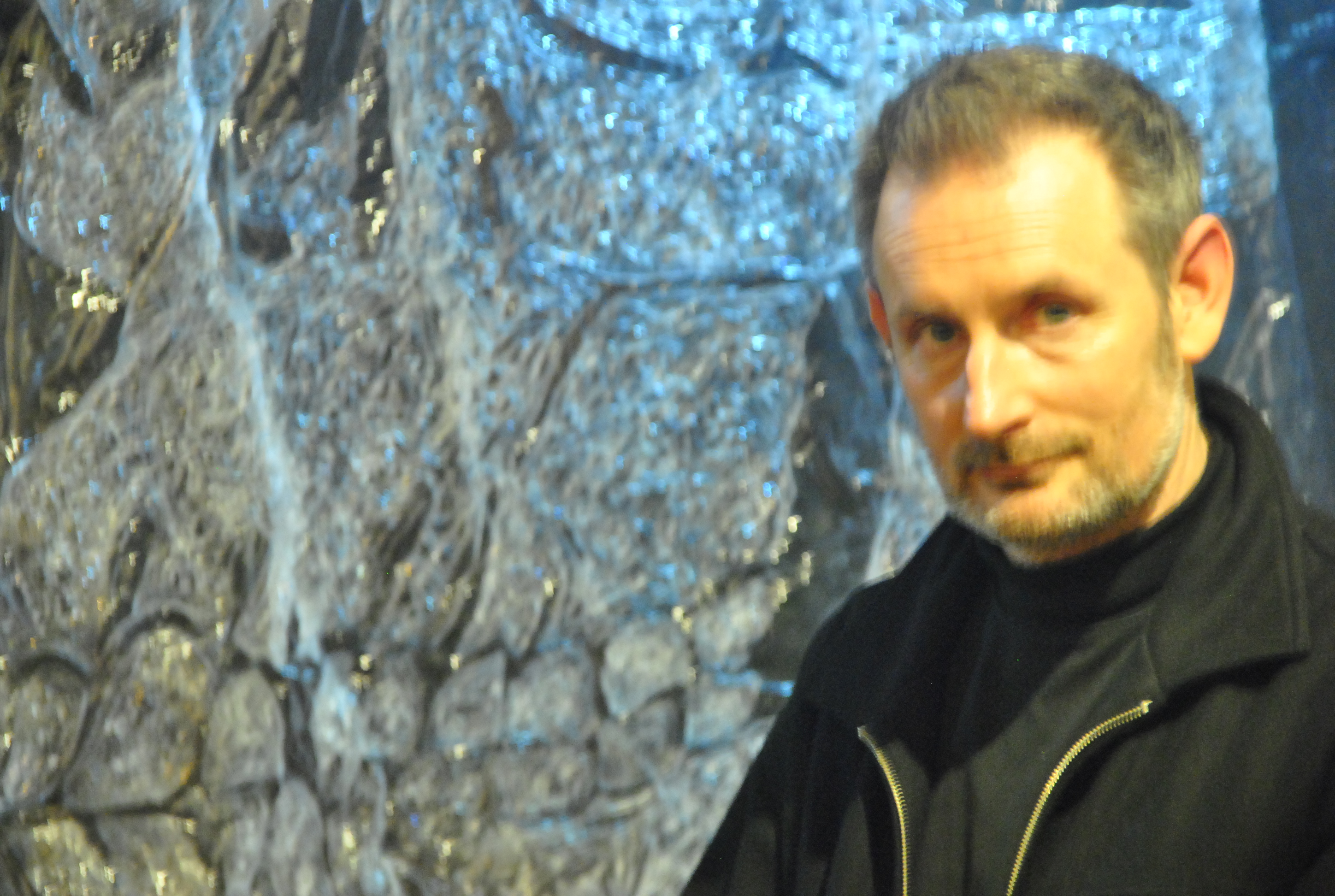 Although these aforementioned features of island life are rarely showcased in Tasmanian tourism brochures, they nevertheless are as ubiquitous as the boutique wineries, historic homes and truffle farms which dot Van Diemen’s Land.

Anyone planning to spend time outdoors painting the creeks, rivers and estuaries of northern Tasmania will eventually be challenged by at least one, if not more, of these hazards.

Traps for young players include long lost strands of Georgian-era barbed wire concealed by river reeds – laying in wait for the vulnerable, milk-white calves of an unwary plein air painter to slash with unbridled glee.

It is now in the relative safety of this temperature controlled, and most importantly, wasp free environment, that visitors to this exhibition can freely dip their toes into a small selection of secluded Tasmanian waterways without the subsequent risk of requiring immediate medical attention.