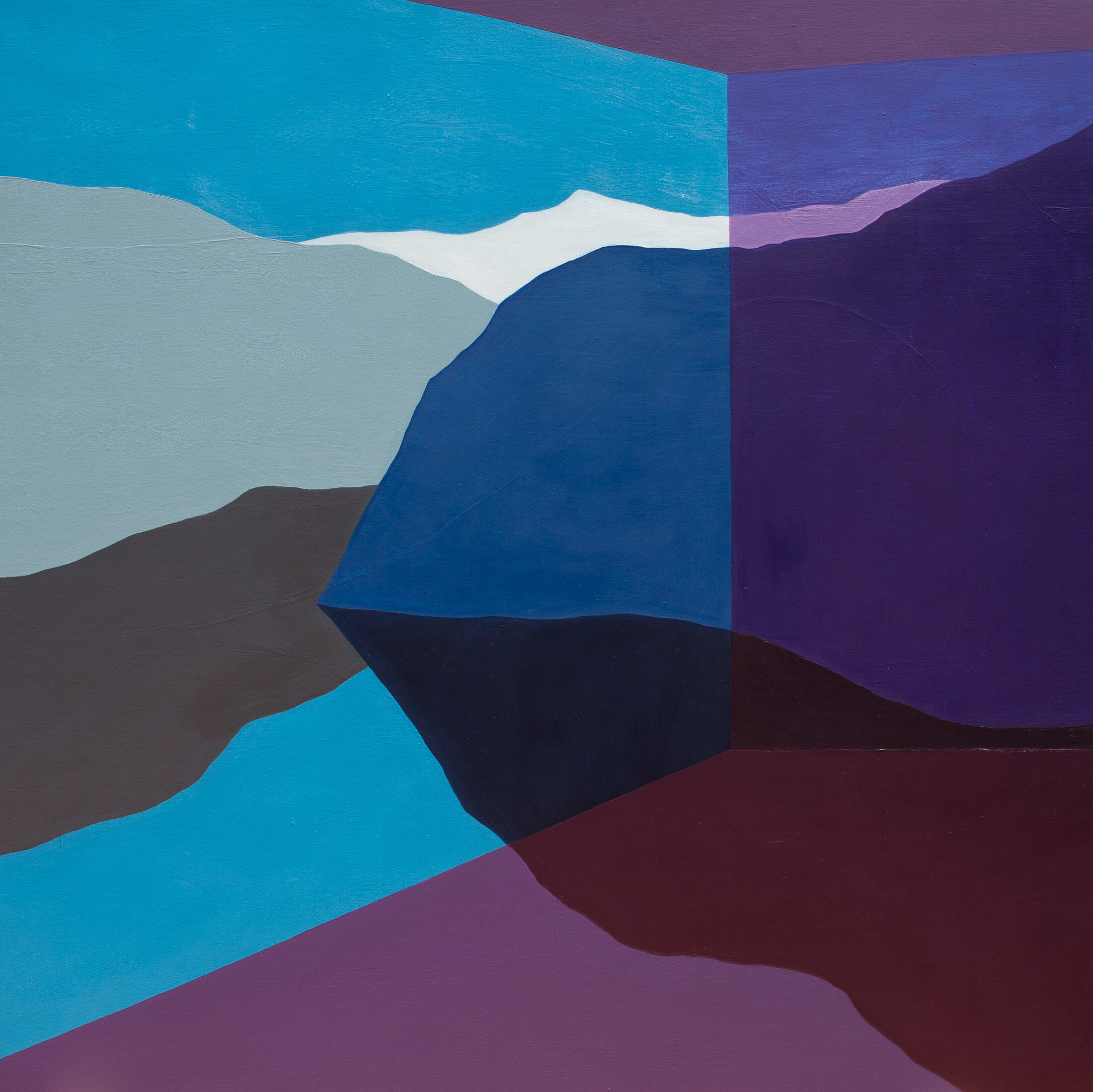 Liu Dapeng was born in Beijing and grew up during an era when Chinese contemporary art was evolving rapidly. Far too young to experience the ’85 New Wave he has benefited from the breakthroughs of artists such as Zhang Xiaogang and Fang Lijun, who have become figures of international renown.

When Liu was finding his feet as a painter in the first decade of this century the Chinese art scene had already absorbed the influence of western modernism and was branching out in new, individualistic directions. While there was still tremendous respect for the age-old traditions of Chinese art, and for technical ability, virtually nothing was excluded from the field of possibility. One looks back nostalgically on that time, now that art in China is suffering from a new round of ideological strictures.

After completing an MA in Art History at Sydney University in 2011 Liu set about combining his knowledge of Chinese landscape painting (shanshui, literally mountain-water) with a more playfully postmodern kind of imagery. While the rocks and mountains in these works were reminiscent of Chinese old masters Liu experimented with a more colourful palette, adding anecdotal details that brought these pictures into the present day. In Mountain Pavilion (2016), he depicted a modern interior in which Chinese mountains featured as wallpaper – albeit paper that blended in with the view from a door or window.

It was perhaps inevitable that Liu’s experiments would lead him towards a more abstract form of painting. The change began with the abandonment of linear perspective in favour of a flatter, ‘overall’ approach to landscape. A new series of untitled paintings retain their roots in the landscape but are more abstract than anything Liu has previously produced. Looking at these works we recognise mountains, lakes and sky reduced to simple planes of colour.

These pictures are complicated by sharp-edged geometric motifs that act like panes of coloured glass, changing the tones of the landscape. It is as if the viewer is within a room, looking out through large panels or a window frame. Three pale red lozenges superimposed on each other, and on the landscape, create patterns of smaller interlocking diamond-shapes.

Liu’s subject is the nature of perception, the act of looking that draws us into the imaginative world of the paintings. He understands that the mind has its familiar templates and patterns. It habitually seeks out concrete forms in juxtaposed planes of colour but the process is upset by the spatial ambiguities created by Liu’s geometrical inserts. It’s conventional to view a landscape as ‘a window onto the world’ but the success of the illusion requires us to not become overly conscious of the frame, otherwise we are left with a collection of coloured shapes on a flat surface.

The strangest aspect of these paintings is that Liu is not simply aiming to eliminate three-dimensionality like so many abstract painters of the 1960s-70, he is having an each-way bet. The planes of colour deny conventional perspective even while it is reaffirmed by the sharp lines of the translucent geometrical shapes. He is trying to bring together two contradictory approaches on a single canvas – two approaches that correspond to eastern and western ideas of perspective.

These paradoxical paintings are probably not as intellectual and impersonal as they seem at first glance. In trying to reconcile eastern and western aesthetics they reflect Liu’s own life experience as a Chinese artist resident in Australia. In a new country and a new culture one learns to see the world from a different perspective but somewhere in the background the lessons of the past still linger, like a heartbeat that never ceases.