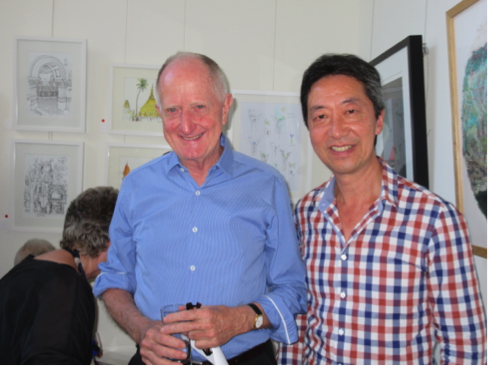 Art Atrium hosts a bi-annual exhibition ‘Drawn by Design – The Art of Architecture’ focusing on drawings and paintings by prominent Australian architects. Drawing and sketching for a lot of architects are an integral part of their design process. A simple sketch or drawing can form the basis of a design concept that will be further developed and refined. A sketchbook in the hands of an architect is also the equivalent of a camera for a photographer or a journal for a writer. This exhibition captures the way different architects utilize sketches and drawings at work and at play.