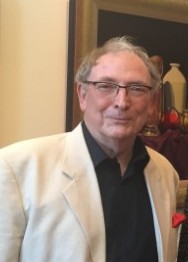 Peter Smeeth studied Medicine at the University of Sydney and after working at Royal North Shore Hospital and Canberra Hospital, he spent 34 years as a family doctor in General Practice at The Entrance on the Central Coast of NSW. He changed to full-time art practice in 2008 and works as a professional portrait artist in Sydney and the Central Coast. He has drawn and painted since early childhood and always regarded his art practice as a search for excellence that continues to this day. He has a special interest in the human condition which is manifest in his portraits and figurative works and he works in most media including pencil, pastel, charcoal, watercolour, oil, acrylic and does sculptural work in plaster or bronze.

Peter Smeeth is a Fellow of the Royal Art Society of NSW, Member of the Australian Watercolour Institute and Member of Portrait Artists Australia. He has been selected as a Winner and Finalist in numerous art prizes including being Winner of Sulman Prize at Art Gallery of NSW in 2011, Winner of Packing Room Prize of the Archibald Prize in 2017, four times Archibald Prize Finalist in 2017, 2010, 2007 & 2006.