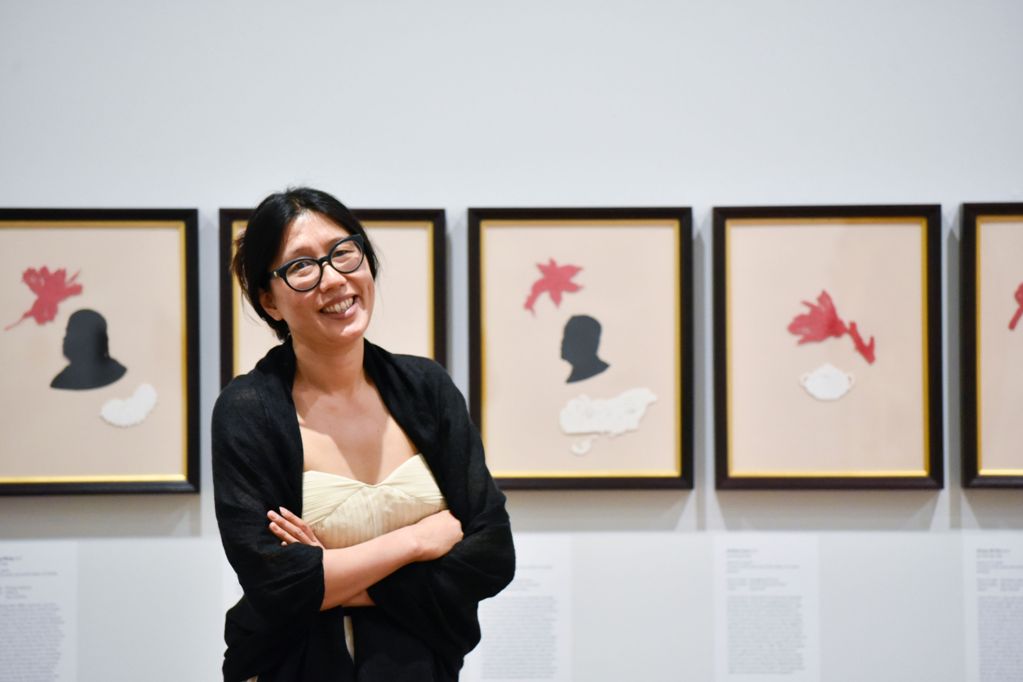 Pamela See (Xue Mei-Ling) was born in Brisbane to first generation Australians. She applies Chinese papercutting techniques in a variety of post-digital contexts including: installation, animation, sculpture, textiles and printmaking. Since graduating from the Queensland College of Art in 1999, she has contributed to exhibitions in Australia, China and the United States of America. This includes initiatives at The Qing Tong Museum in China, International Studios and Curatorial Program in New York and the Queensland Art Gallery. Collections to house See’s artwork include the National Gallery of Australia, the Art Gallery of South Australia, Parliament House, Swire and Chinachem.

In 2005 she received a General Funding Grant from the Australia China Council, which enabled her to research papercutting in a number of regional centres in China including Shandong Province, Xian Province and Guangdong Province. In 2006 she undertook a residency in the Beijing-based foundry the Pickled Art Center, with the support of a Brisbane City Council Lord Mayor’s Young and Emerging Artist Creative Sparks Fellowship Grant. In 2009 she received a Professional Development Grant from the Australia Council for the Arts. This enabled her to undertake a residency at the University of Massachusetts and contribute to the Conflux Festival in New York City and The Fingers Lake Environmental Film Festival in Ithaca NY.

The incising of paper, or a similar man-made substrate, is one of the oldest methods of recording information. It dates back to the First Dynasty of Egypt (c.3150 – c.2890 BCE). The earliest reference to the technique in China dates back to the late Shang – early Spring Autumn period (c.1200 – 650BCE) with the incising of gold foil. Modern pulp-strained paper was invented in 105 CE. The form of Chinese papercutting we recognise today evolved between the fourth and sixth centuries. Papercutting is a manifestation of totemism. According to anthropologist Claude Levi Strauss, it is an attempt to harness the power of nature. The papercutting of a rooster to bring protection to a dwelling is a primary example.

See’s technique resembles Foshan papercutting which is endemic to her maternal home province of Guangdong. This style emerged during the Song Dynasty (960 – 1279 CE) and is applied to both paper and thin foils of metal. In addition to metal, her papercuts have been translated into a broad range of media including acrylic, glass and textiles. Like the forebearers of her craft, See’s compositions are a form of narrative inquiry. The allegories explore the migrant experience using depictions of flora, fauna and water.