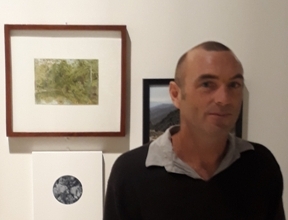 The Adventures of Tomorrow, man !

Going to the patisserie, and beyond.

This exhibition carries in it 20 years of thought upon the subject of not doing things, of solving things by inaction. Its purpose is to polarise the world in a helpful way. It is not a new idea, there are many fine examples of it particularly in eastern spirituality. Inaction is the other control lever, the break to an accelerator, it is the space that accentuates an object, the slowing down to so as not to miss out. This exhibition is in a way a thesis, late as you could expect as it has as it’s subject the nature of not doing things.

On it’s uppermost level these comics promote an alternate hero to the existing pantheon of impressive proactive super hero’s, a hopeless hero, one that could barely even exist, really the opposite, infinity is where the edge is and infinity is full of holes but it is still infinity.

It is about that duality, the holes in infinity.

This is how an inactive superhero would save the world, if we could believe in them, as much as we believe in superman.

It is a collection of comics presented large and out of note book form for the first time at the Art Atrium gallery on March 13th by John Murray and introduced by Richard Laplastrier.

John Murray graduated with his Bachelor of Fine Art degree from College of Fine Art, University of NSW in 2000 after completing his Associated Diploma of Fine Art from TAFE. He also completed a Printmaking and Education course at Southern Cross University at Lismore. He was the Winner of the Trustees’ Watercolour Prize as part of the Wynne Prize for landscape painting at Art Gallery of NSW in 2017, Finalist of NSW Plein Air Painting Prize and Finalist of Paddington Art Prize in 2016 and Finalist of Warringah Council Art Prize in 2015.  John Murray had also created a handmade ceramic tile installation for the outdoor bath at Newtown and was the illustrator for various magazines and journals.

‘My work is concerned with observation, from the beauty of our natural surroundings to the emotional landscape of my own internal being.  I try to paint without concern for time or difficulty involved in a proper description and finish a work when I have nothing left to add.

Art is a ghost, I say this because like a ghost it cannot really change anything except how we feel. It is just barely part of our physical world, the bulk of what it contains belongs to our ethereal selves, and its power is its ability to convey this information to a viewer. Even a bad feeling, if it is transferred forcefully to a viewer through a particular artwork, would be enough to have the artwork considered as a great artwork.

Art is a parallel world. A painting of a tree is not a tree. It cannot photosynthesise and it cannot change the physical world as a tree can. The art is not the paint or the canvas but what has been described or embedded in them. If someone is offended by an artwork and responds to this offence with another artwork, then very, very little in the physical world has changed. This makes art a safe place, particularly for conflict, providing that the conflict is not permitted to escape the confines of art and enter into a more physical world.

I can use art as a reason for seeing clearly, for examining and for describing. I can use it as a motive to search beyond the horizon of my ignorance for something that if it is described well, even the description will be of value.’