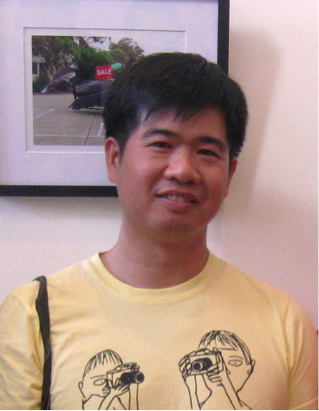 Garry Trinh uses photography to capture unexpected and spontaneous moments in daily life and to express his personal ideas. He is perplexed by the perception of artists as coffee-drinking loafers who work whenever they feel like it. He doesn’t even drink coffee. His photographs are about a way of looking at the world, to reveal magic in the mundane. He hopes his photographs are read not just seen. He is never bored and never late.

Garry Trinh is an artist working with photography. He holds a BA in Psychology and a BA in Visual Communications / Photography and Digital Imaging from the University of Western Sydney. Trinh was the winner of the Sydney Life photography prize in 2007 and won the Auburn Mayoral Photographic Prize in 2009 and 2010. His photo book Just Heaps Surprised to be Alive was nominated for Photography Book of the Year at the 4th International Photo book Festival at Kassel, Germany. His work is collected by the Art Gallery of NSW. He has been exhibited at the Australian Centre for Photography, Campbelltown Arts Centre, Blacktown Arts Centre, Stills Gallery, Gallery 4A and many others.